Handling and delivery fees may be applied to your order. You may buy no more than 6 tickets. Orders exceeding this limit will be checked.

San Siro Stadium in Milan, entitled to the former footballer Giuseppe Meazza, is a football facility owned by the municipality of Milan, inaugurated in 1926. The Stadium hosts the home matches of AC Milan and FC Internazionale and is known as "Scala del Calcio", as it is one of the most famous stadiums in the world, as well as being the largest in Italy, with a capacity of 75,923 spectators. Since the 80s the stadium has hosted the concerts of some of the most important international artists: the first ever to perform was Bob Marley in June 1980; in the same year Edoardo Bennato became the first Italian artist to perform and sold out. Recently performed world famous artists such as Ed Sheeran, Beyoncé, Muse.

The organizer of the event is: Vivo Concerti srl 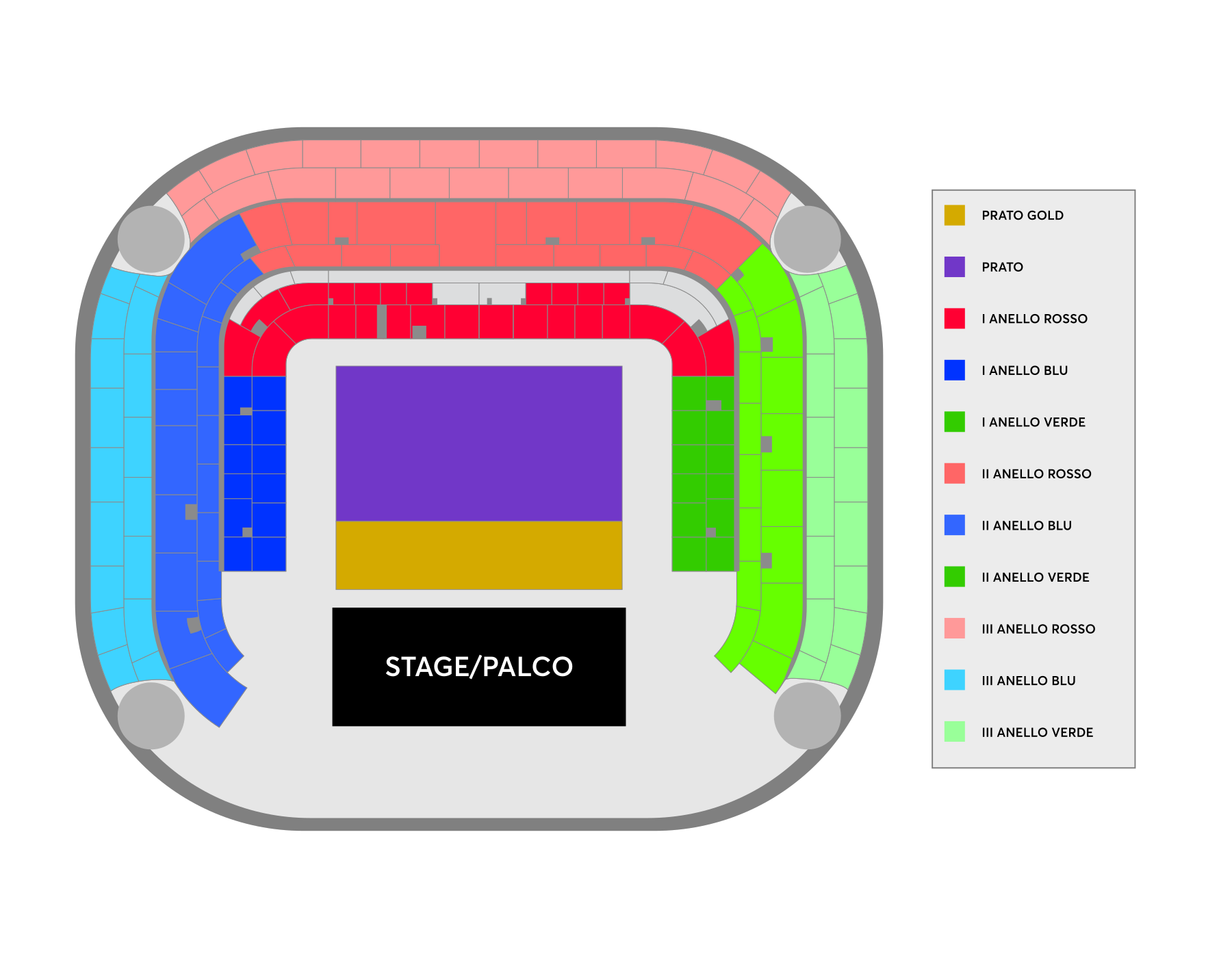