Handling and delivery fees may be applied to your order. You may buy no more than 4 tickets. Orders exceeding this limit will be checked.

Olympic Stadium is a multifunctional Italian sports facility located in Rome, at the Foro Italico, on the slopes of Monte Mario. Originally known as Cypress Stadium, it was renamed Olympic Stadium after the assignment in Rome of the XVII Olympic Games in 1960. Since 1953, except for very brief interruptions due to renovation works, it has hosted the home matches of the two main professional football teams of the capital, AS Roma and SS Lazio. In addition, since its inauguration it has been home to athletics, rugby and other sports, as well as being an important venue for events such as concerts and stage performances. It is one of the four Italian stadiums to be included in UEFA Category 4, the one with the highest technical level.

The organizer of the event is: FRIENDS & PARTNERS S.P.A. 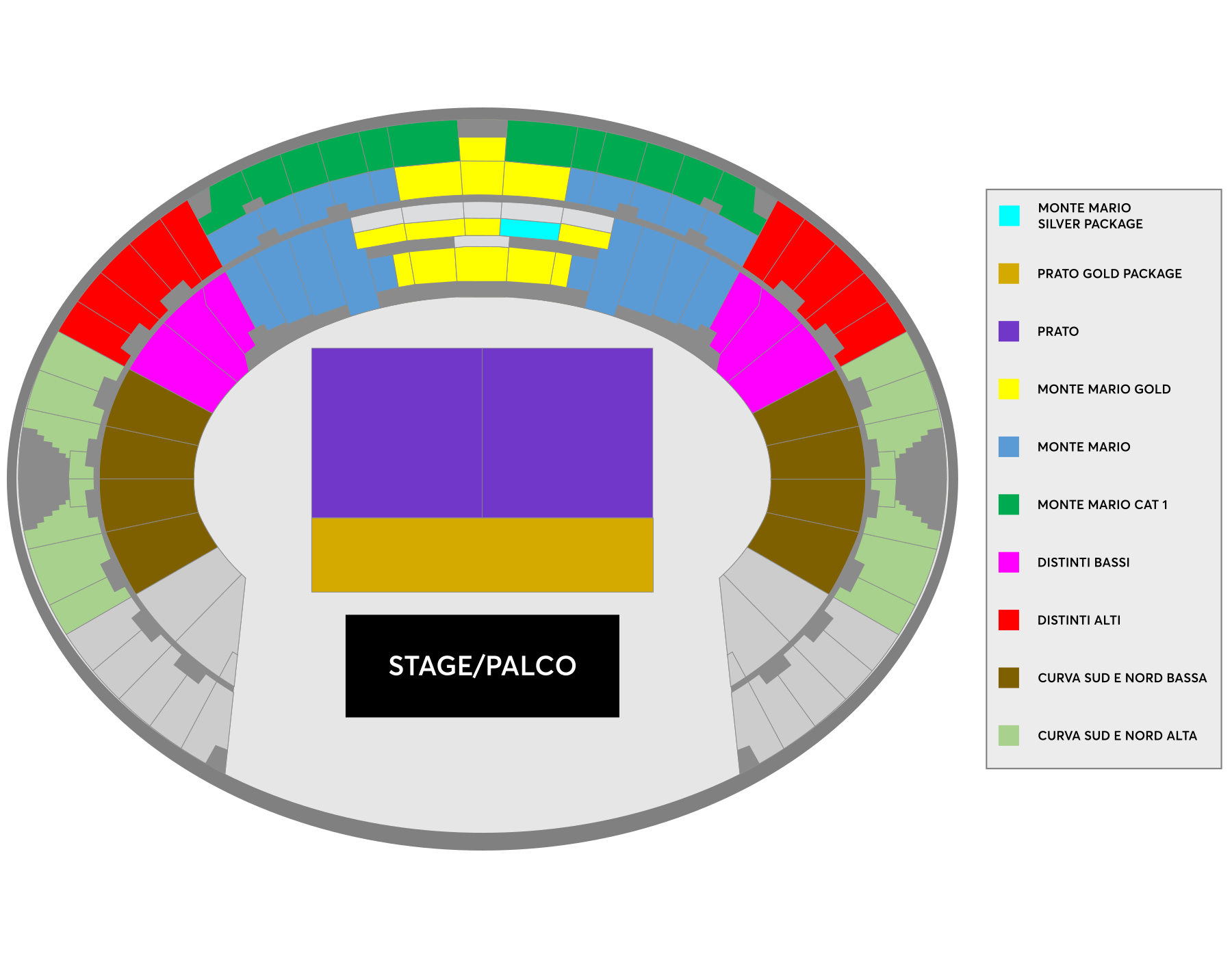